Oliver Winterbottom worked at three major British sports car manufacturers during his career and contributed to the success of each, with distinctive designs. Winterbottom worked with luminaries of the British car industry like Sir William Lyons and Colin Chapman.

Starting at Jaguar in 1961 as an apprentice for 5 years, Winterbottom worked another 5 years in William Lyons’ design department as a designer. The major project he worked on was the XJ-21, which never made it past prototype stage. He also designed a wheel nave plate for the XJ6.

At the age of 22, Winterbottom received the “Grifo Argento” at the Bertone design awards.

Moving to Lotus in 1971, Winterbottom worked under Colin Chapman on Design and Safety engineering. The Lotus Elite MK2 and Lotus Eclat were both designed by Winterbottom. During this timeframe, Winterbottom help Chapman with his JCL Boat business, designing the JCL Mamba and JCL Mistral.

Moving To TVR & Back To Lotus

In 1980 Oliver Winterbottom moved onto TVR where he worked under Martin Lilley on the TVR Tasmin. Winterbottom adopted a similar wedge style as the Lotus Eclat. In 1981 Lotus approached Winterbottom to help with the design of the M90/X100 project, a car that was intended to be a cheaper, more mass market Lotus with a Toyota engine. It was intended to complement the Excel and Esprit models.

When Colin Chapman died unexpectedly in 1982, funding for the project dried up and the project was put on indefinite hold. Only one example of the M90/X100 would be built and this is the above prototype. The Lotus Elan (M100) would pick up the mantle of the “entry level” Lotus a few years later in 1989. While unrelated, the “new” Elan had an outsourced engine and gearbox from Isuzu. Perhaps the M90/X100 project helped the company realise the potential of outsourcing?

Oliver Winterbottom on the cars he designed over the years

After Lotus, Winterbottom moved to the US to work in Detroit for General Motors. After a period of time he decided to move back to England and secured another position at Lotus, helping with the safety on the new Esprit and managing projects. His last stint of employment was as a consultant where he worked with mainly Chinese companies.

A Life In Car Design

Winterbottom’s autobiographical book “A life in car design” recalls his work on different cars throughout his career and the often chaotic process behind the scenes. Winterbottom is in rare position to comment on the motor industry having spent a great deal of time at Jaguar, TVR and Lotus. The stories of budget problems, issues with management and the start of computer-aided design all add to a fascinating read – that despite some of the problems, is intended to encourage students into the product & car design path. 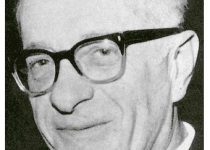