The Aston Martin Vanquish is the top of the range model from Aston Martin. Built to replace the aging Virage range, the Vanquish was the first Aston Martin to make use of modern production techniques and the last to be built at Aston’s Newport Pagnell factory. Based on the 1998 Project Vantage Concept, the Vanquish bears strong resemblance to the DB7 but is more muscular in appearance and harks back to designs like the old V8 Vantage.

First released in 2001 the first generation lasted until 2007. The faster “S” model was built between 2004 and 2007. Vanquish production stopped on 19th July 2007 which also marked the end of production at the company’s famous Newport Pagnell factory after 49 years of operation.

The modern VH platform that underpins all modern Aston Martins was first pioneered on the Vanquish. At the time it was not considered the VH platform, but in retrospect it was the very first version. The VH stands for Vertical /Horizontal and means the platform can be adapted for use on wider or longer cars rather than having to create a new platform for each new car.

The Aston Martin 6 Litre V12 is based around Ford’s V6 Duratec block and was tuned and optimised by Cosworth. It was initially built for the 1993 Lagonda Vignale, an Aston Martin concept car.

The Vanquish was criticised for its semi-automatic paddle shift gearbox which reviewers found slow and difficult to use. Part of the issue is that the gearshift is linked to a conventional torque converter automatic (a normal automatic gearbox) which made for slow gearchanges, not ideal for sports car use.

The V12 Vanquish is one of the most important recent Aston Martins as it was the first to be built using a modern platform. It was also the last to be hand built in Newport Pagnell, so the Vanquish is the end of an era in some ways but the start of a new exciting one at the same time.

The model name was revived in 2012 for the DBS replacement

The Vanquish featured in the James Bond film “Die Another Day”. Bond’s heavily modified car also included automatic shotguns, ejector seat and a cloaking system that made the car invisible. The car was dubbed the “Vanish”. 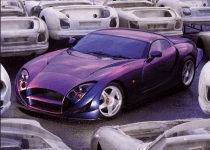 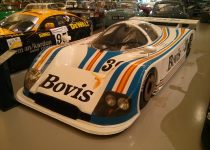 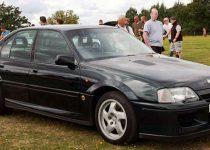